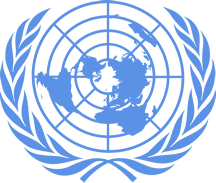 A group of UVA law librarians, faculty, and alumni have assembled a database of drafting histories from the major post-World War II human rights treaties. Using the published guides to travaux préparatoires and the United Nations’ UNBISNET database, the UVA Law Library has sought to compile fully-searchable, digital copies of as many of the travaux préparatoires as we could find. The database will allow international law scholars, lawyers, and students around the world to study the origins and influences of several key sources of international law. We would like to thank the United Nations and the Dag Hammarskjöld Library for granting us permission to duplicate these documents and for all of their assistance with this project.

With UNBISNET and the texts listed below, we identified as many travaux préparatoires or other supplementary documents as we could for each of the nine included conventions. We then obtained electronic copies of the documents and converted them into fully searchable text. We sought to make the searchable text as accurate to the original text as possible, but we cannot claim that it is 100% accurate. In addition, there are some documents in the database that we have not yet been able to convert to searchable text due to the age or quality of the original text. Finally, although we collected as many documents as we could related to the development of the nine conventions and have thousands of documents in the database, due to time and resource constraints we have not necessarily collected all of the historical documents for each treaty.